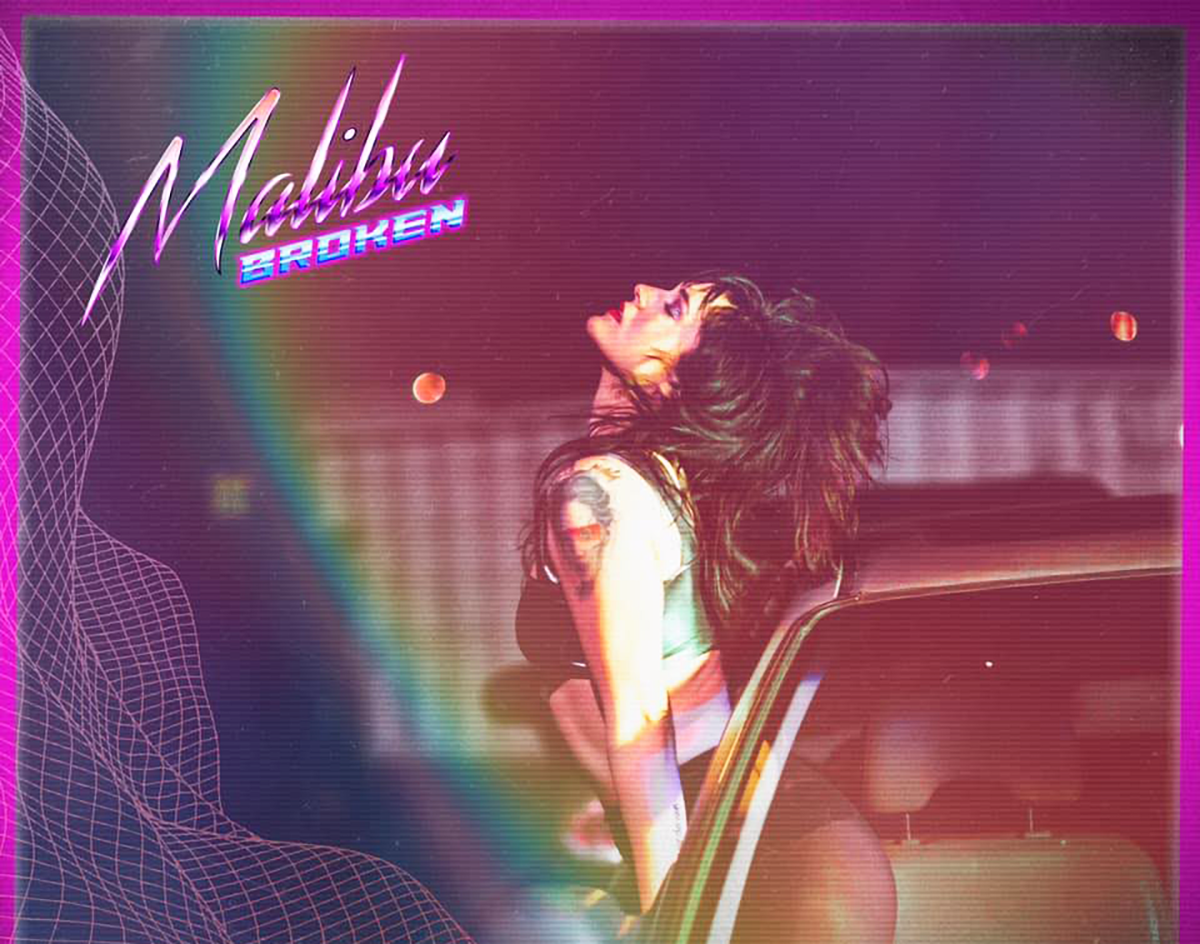 The New Retro-Wave Single From Jessie Frye’s Forthcoming Album Sounds Like It Belongs In The Opening Credits Of An ’80s Anime — And We’re Here For It.

Jessie Frye & Ollie Wride – “Malibu Broken”
RIYL: Synth-pop with a side of soul.
What Else You Should Know: Though she established her own label, Boss Bitch Records, in 2018, Jessie Frye signed to Newretrowave this month, joining Ollie Wride on the label’s roster.

Dallas’ resident retro-pop purveyor has found the perfect musical partner in Ollie Wride, the slick British singer and FM-84 frontman. On “Malibu Broken,” the duo sings in a call and response style while narrating their different perspectives of a relationship gone sour.

While Wride opens the song with, “I’m so tired of waiting for you to be mine,” Frye has no problem taking her time as she calls the love “A slow dance/A kiss in the rain.” The lyric is an Easter egg for Frye’s fans, as she recently announced that her new album, Kiss Me in the Rain, is on its way.

Though the subject matter concerns the complicated, confusing nature of love, the twinkly synths and passionate vocal performances from both singers create a bright, ’80s-esque atmosphere in the midst of all the longing. Frye channels the sweet vocal style akin to Madonna’s early records, while Wride uses his resonant rasp to add a layer of intensity to the track.

The highlight of the already enchanting song comes during the bridge, where Frye sings “You can play your cards right/Be one of the good guys/It don’t mean that you’ll come out on the other side.” It’s rare that singers can make a song about doomed romance seem so enticing. Maybe having your dreams broken in Malibu isn’t so bad.