Song of the Day: From Parts Unknown — “Thieves” 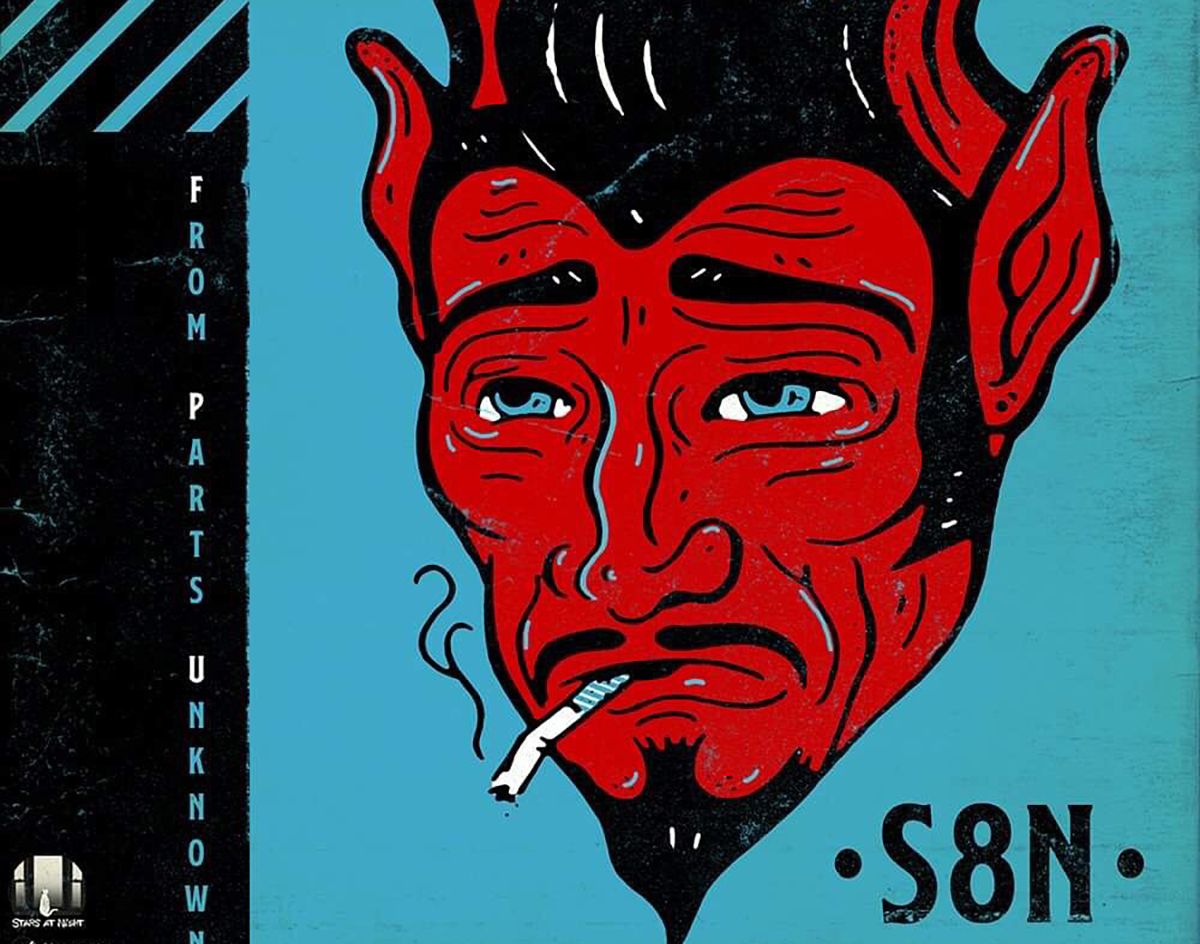 Check Out The New Track From The Band That Refuses To Abide By Genre Restrictions On Its New Punk Meets Rockabilly S8N EP.

From Parts Unknown — “Thieves”
RIYL: Skating, drinking tequila.
What Else You Should Know: From Parts Unknown recently put out a six-track EP called S8N, and it’s just about everything you would expect from this trio. Echoing punk rock flair with some rockabilly, hints of country and occasional unabashed metal, the Dallas band continues to be sort of a lone wolf around here.

This EP almost tailor-made for fans of Tiger Army and Bad Religion. Ben McCracken (guitar/vocals), Jimmy Sefcik (drums) and Chris Parrish (bass) sure love to hit the sweet spot with their take on punkabilly. Parrish’s slaps on his upright bass off set the gang shouts in the “Thieves” chorus, which is a genre staple — mixed in with whammy bar bends on McCracken’s guitar and rigid drumming, you know what you’re getting here. Though they aren’t reinventing the wheel, the band is still not afraid to do things that are not often tied to the genre. That includes changing direction halfway through a song.

On “Thieves,” the tempo takes a sharp turn two minutes into the three-and-a-half minute tune. Doing a loose, post-hardcore-like turn (think more Quicksand and less Memphis May Fire), proving From Parts Unknown does not confine itself to genre straitjacket.

McCracken handles the joint play of busy guitar lines met with clear vocals throughout the entirety of the song. It would be easy to croak out a bunch of nonsense, but his attraction to melody gives a lot more weight to a band that could be cast aside as simply a “genre band.”

From Parts Unknown is currently on tour, but they will return to Dallas for the Prom Fart Fest!, a lengthy night of sets from Nonstarter to Future Wives to Jon Snodgrass to Fat By the Gallon, on August 3 at Three Links. Surely they will play this tune.