Someone Dropped A Giant Deuce In Klyde Warren Park. 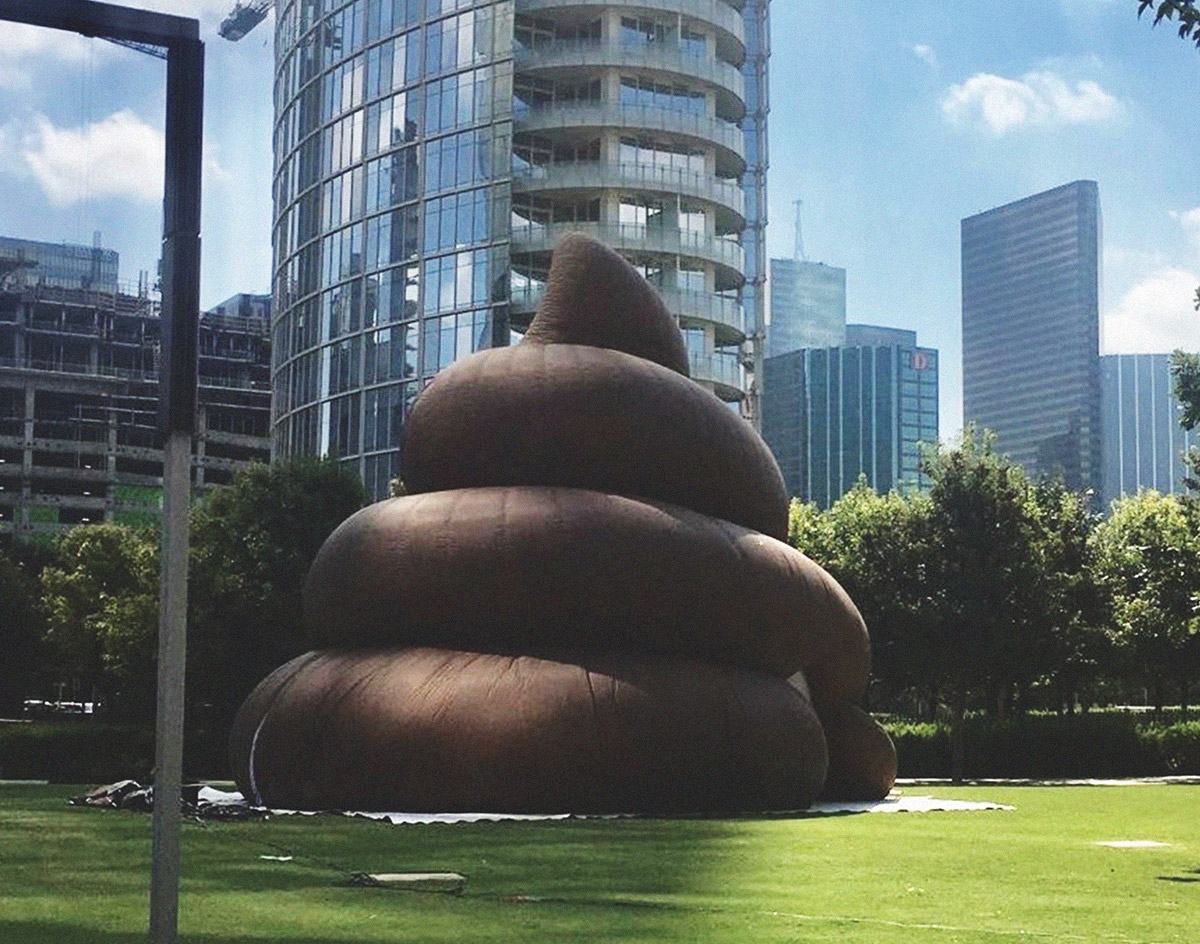 As Part Of A Marketing Promotion, The Addison-Based Poo-Pourri Has Placed A Giant, Inflatable Poop Emoji In The Middle Of Dallas’ Most Communal Park.

Last night, the Addison-based company Poo-Pourri, which makes scented toilet sprays with noms de poo like Trap-a-Crap and Peach Love Poo, has placed a 30-foot tall, inflatable and 3D poop emoji in the middle of Klyde Warren Park in preparation for a daylong event it’s hosting at the public gathering space today.

Visitors to this marketing ploy are able to play proctologist and enter the blow-up turd, with Poo-Pourri encouraging entrants to let go of self-sabotaging thoughts and “drop the crap they’ve been holding in” (metaphorically, we presume). A video of a potty-mouthed British woman instructing the audience to “transform your shit, right here, right now” plays inside the blow-up poo. Guests are also invited to sit on toilets for photo opportunities in which statements such as “I’m too fat” and “I’m not beautiful” scroll across a screen above their heads. Outside of the ostentatious outhouse, Poo-Pourri is also — of course — handing out free samples of their “before-you-go” spray.

Naturally, images of the super-sized soft-serve have already been smeared all over Dallas social media feeds today. Some users have even taken pictures of their dogs in front of it — as if they took the crap themselves.

The installation will clog up Klyde Warren Park until 9 p.m. tonight. After today, the event will flush out of Dallas and into 22 other city stops before returning in April 2020 — because, we presume, regularity is important.