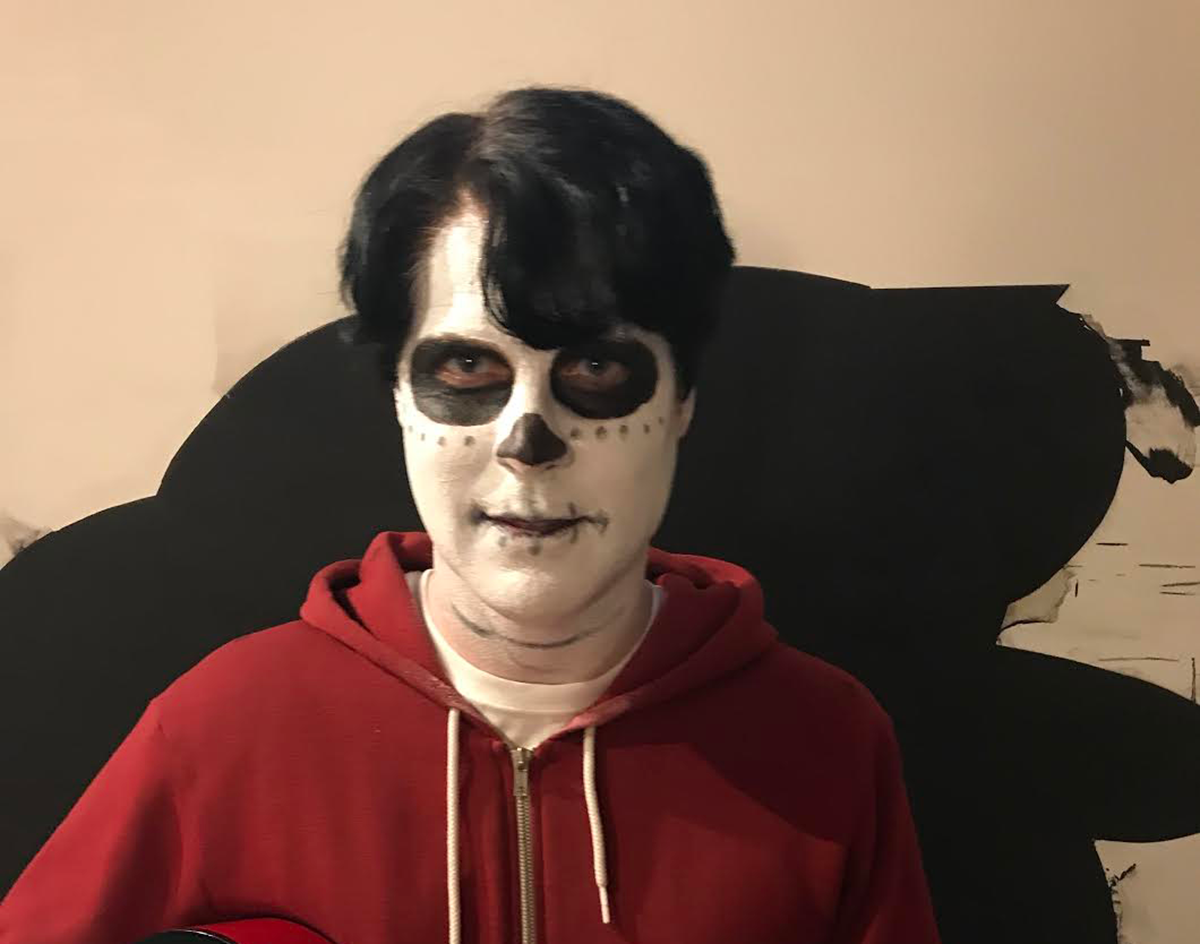 The Garage-Punk Trio Is In The Holiday Spirit With A New Halloween-Themed Single Ahead Of Its ‘Panic Attack’ Of A New Record.

Clifffs — “Halloween”
RIYL: Hoping there is a razor blade in your candy stash.
What Else You Should Know: John Dufilho has always had a cavalcade of songs at his disposal. As the main man behind the Deathray Davies, Corner Suns and many other bands, it’s not a surprise he has also found time for a power-trio called CLIFFFS.

Before of a forthcoming new record from the band, we’re debuting a song about Halloween, just in time for the holiday.

“This Halloween song was Robert Jenkins’ idea,” Dufilho says. “I wrote it one night and we recorded it the next. Quick. It was fun.”

We had the chance to catch up with Dufilho to find out what the band has in store next, including his own Halloween plans.

Since the song is about Halloween, do you have any fond memories of the holiday, either as a child or as an adult?
Last Halloween my daughter asked if I would be Miguel from the movie Coco. She did my makeup. Later that night I played drums at Three Links with Deadbeat Club, and after sweating for a few songs I ended up looking like that dog in the Norwegian Black Metal band photo.

What are your Halloween plans for this year?
There’s always a great street party in my neighborhood, Little Forest Hills. This year I’m just gonna go straight to the source and dress up like that dog.

Since the band has members that can all play drums, who gets to play on each song?
There’s just three of us in CLIFFFS, and unlike most of my other projects, we just stick to one thing.  Andy Lester is on bass, I play guitar [and] Bill Spellman is on drums. We also discovered while making our new record that Bill has the best garage rock scream on the planet. So we gave him whiskey and put him to work.

What’s in the works for the next CLIFFFS release?
[We] have a new record finished called Panic Attack. We’re considering adding another F to our name each time we release a new one. We’ve got three now, but might just have to up it to four. It’s faster, louder [and] better than our first record, and it’s got Richard Winfield on the cover with a black eye.