More Humble Than You Are. 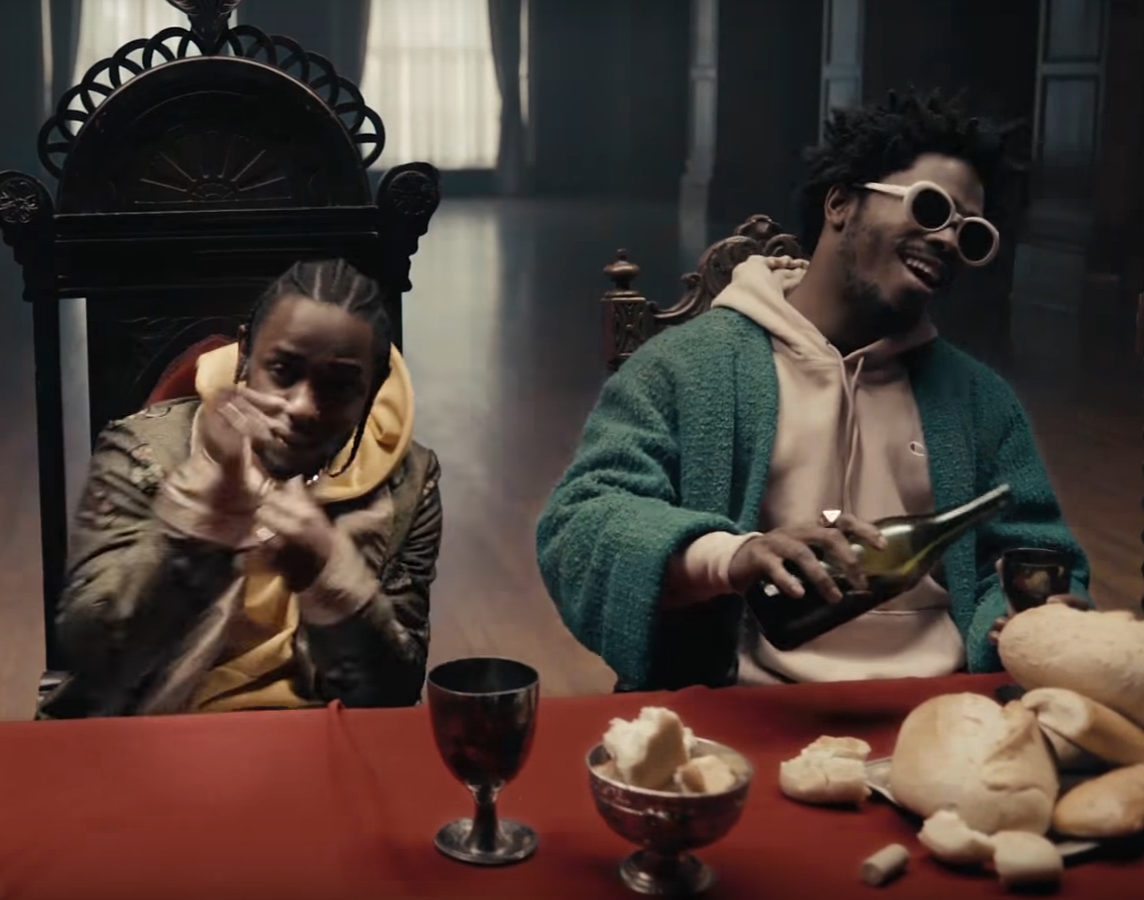 Did You Spot The Dallas Artist That Made A Cameo In Kendrick Lamar’s New “Humble” Video?

In anticipation of its release, the greatest rapper alive put out a video today for a new track called “Humble.” It certainly lives up to whatever hype Lamar’s earned for himself up to this point, as both a visually stunning work that pulled down 500,000 views in its first 90 minutes, and more lyrical prowess from the rap god.

In the tune he preaches things like how we should stop fucking with Photoshop and, in the chorus, how we all just need to hold up, sit down and be humble. About 1:22 into the clip, this act is even literally represented by Lamar deriding the guy standing next to him at a dinner table.

Thing is, you might even recognize the guy he’s getting onto. It’s none other than Dallas-sprung visual artist Blue the Great, brother of onetime Lamar producer Blue, the Misfit.

Blue the Great has had a long history of working with Lamar as well, dating back to painting the cop cars that Lamar danced around during his much-talked-about performance at the 2015 BET Awards.

Pretty cool, though given Lamar’s commandment for us to be humble, we feel less proud to shout it from the rooftops.

We do feel 100 percent safe in saying we’re hella stoked for Kendrick’s next LP, though.