LOL, 7-Eleven Is Sending A Slurpee To Space. 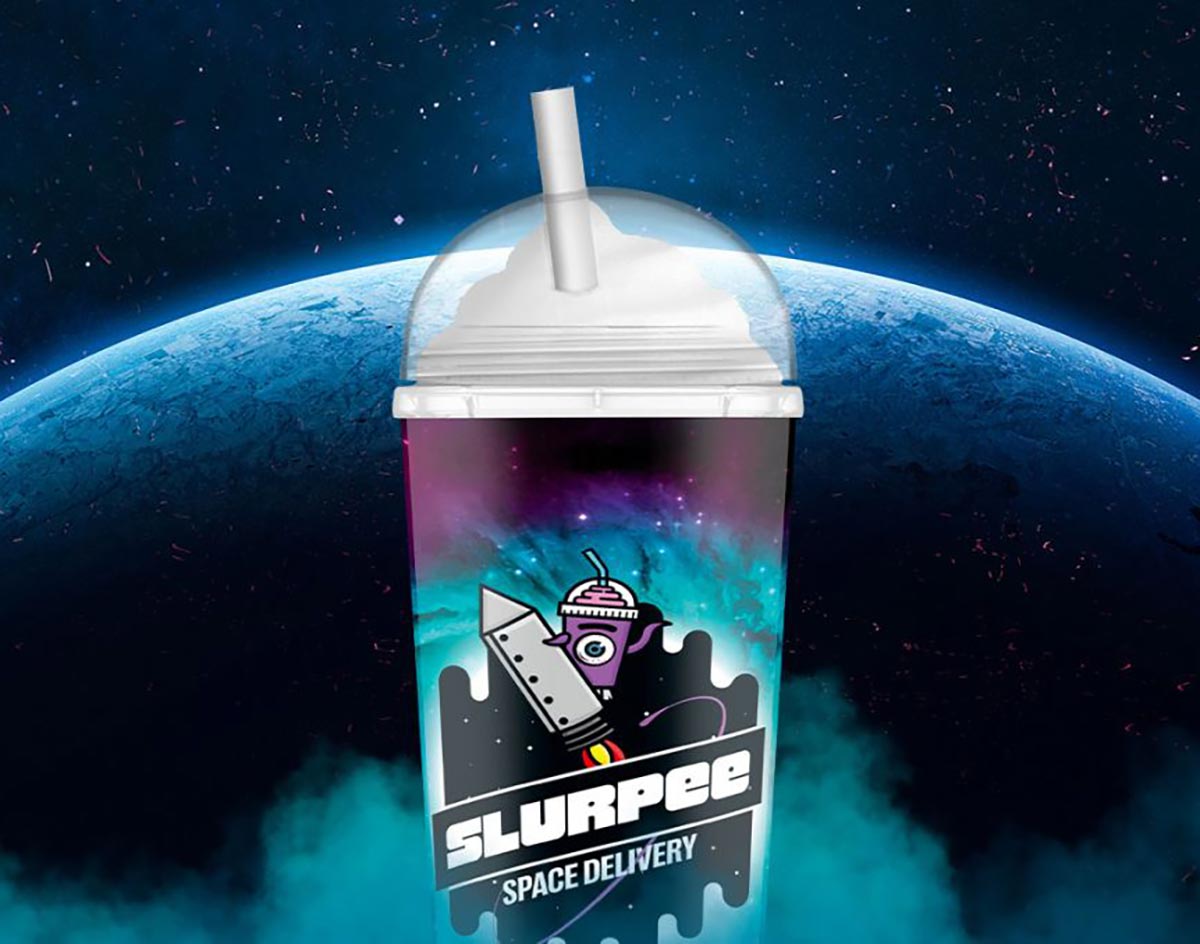 The Dallas-Sprung Convenience Store Chain Is Sending A Slurpee To Space, Really Putting The Billionaire Space Race Into Perspective.

Billionaires like Jeff Bezos, Elon Musk and Richard Branson have been falling all over themselves to get to the final frontier lately — but just how impressive a feat is going to space, really?

Maybe not as impressive as it first sounds, actually.

Earlier this month, the Dallas-sprung convenience store chain 7-Eleven announced that it’s planning to send one of its trademark Slurpees to space later this summer.

The stunt, which celebrates the company’s 94th year in business, was announced on June 12 — exactly a day after Virgin Galactic sent Richard Branson into space and kickstarted of the future of space tourism. Notably, Branson made his journey on July 11, a.k.a. 7/11, a.k.a. National Slurpee Day.

Granted, 7-Eleven’s launch will be a little less grand than Branson’s flight or even Bezos’ July 20 trip. The iconic drink won’t be strapped into a rocket, but rather lifted into the stratosphere by a balloon. Carrying 10 steel tumblers and 30 plastic cups of the frosty beverage, the balloon will lift off from a store in Michigan — the state that consumes the most Slurpees, interestingly enough.

Which flavor will have the privilege of reaching the Ozone Layer? Well, that’ll be up to 7-Eleven customers. The store will track the quantity of each Slurpee flavor ordered through 7-Eleven’s 7NOW deliver app, and whichever flavor is ordered the most at the end of this month will win.

So, yes, this is a marketing campaign meant to hype up the fact that 7-Eleven can deliver its Slurpees — even to space, you see — but it’s still a pretty funny dunk on billionaires’ latest obsession, if you ask us.

Also kind of cool? 7-Eleven customers will also have a chance to win one of the cups from the flight as a souvenir. When ordering a Slurpee for delivery through the app, each buyer will be automatically entered in a drawing for when the cups touch back down again. The commemorative cups will feature a “Slurpee Space Delivery” logo on the front, and “A Slurpee For All Mankind” on the back — perfect to take to your local 7-Eleven on next year’s National Free Slurpee Day.