The Spread: Addison’s Flying Saucer To Close After 25 Years. 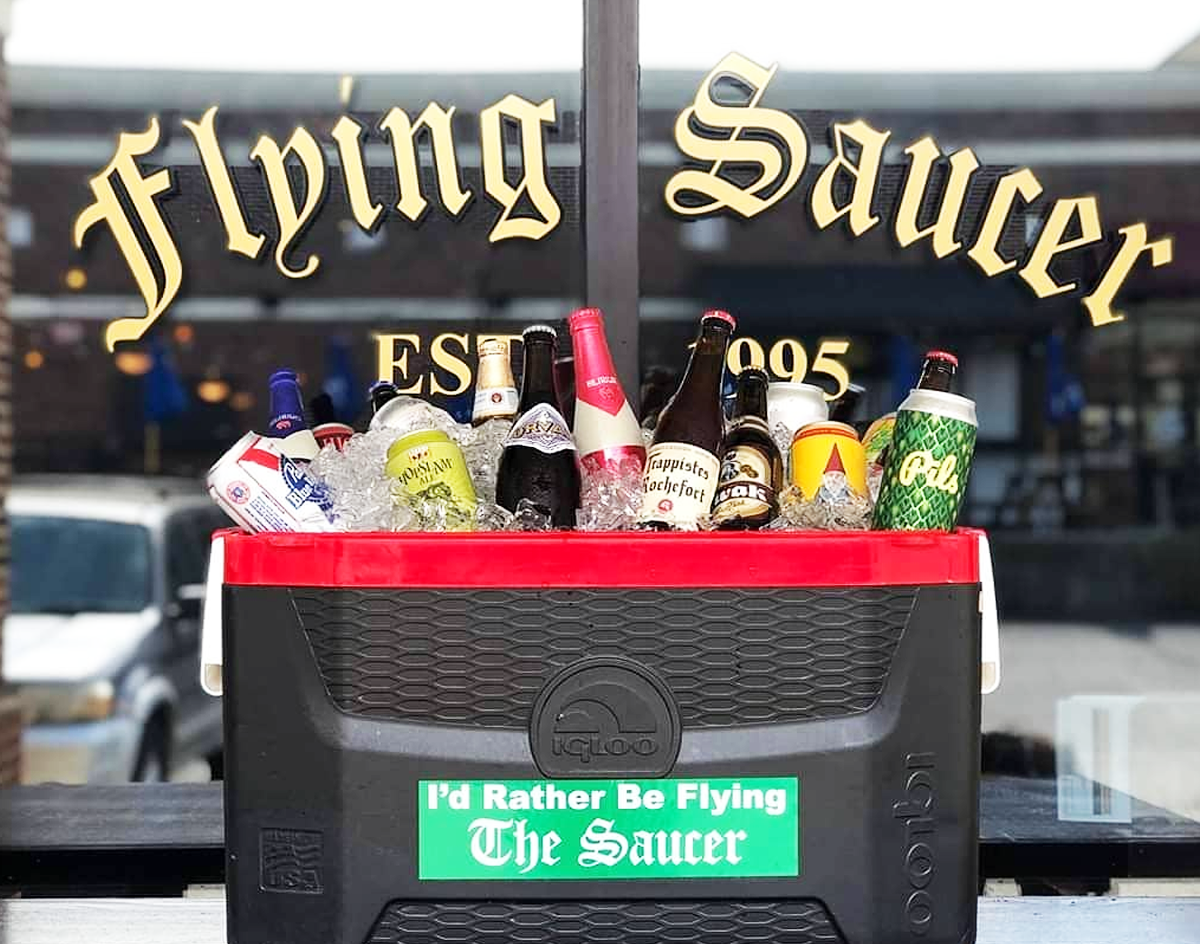 Flying Saucer In Addison Is Closing Its Doors After 25 Years Of Service, Grease Monkey Burgers In Arlington Catches On Fire And More.

Sad news for the beer geeks up in Addison.

One of the earliest craft beer bars in North Texas, Flying Saucer Draught Emporium, has decided not to renew its lease for the forthcoming year. Flying Saucer had stood proudly in Addison for the last 25 years drawing other “beer knurds” from around DFW and beyond. Still, the remaining three Saucers in Fort Worth, Lake Ray Hubbard and at Cypress Waters will remain open. The Addison location will pour its’ final pint on Dec. 31st.

In more bummery news, a minor fire has temporary closed a very popular burger spot in Arlington. Grease Monkey Burgers reported on their social media that the restaurant would be closed until further notice. According to The Dallas Morning News, it was due to a dryer catching on fire. Luckily, no one was harmed in the incident.

Over in Richardson, Hillcrest Village is getting a major facelift. The shopping center will soon be home to a bunch of new restaurants and a park. Don Pepe’s Rancho Mexican Grill, Haystack Burgers, Brass Tap Beer Bar, Andy’s Frozen Custard and Haute Sweets Patisserie are all slated for 2021 openings, joining Lada, the enchilada restaurant by chef Michael Ehlert that is already up and running. The new development will also include a 1.5 acre green space already being dubbed a “mini Klyde Warren Park.”

Anyway, a YouTuber is doing something again.

We can’t hate, though. Famous YouTuber MrBeast, real name Jimmy Donaldson, has partnered up with Virtual Dining Concepts to launch MrBeast Burger — a delivery-only burger concept. Operating out of Buca di Beppo and Brio Italian Grille‘s kitchens, the concept is designed to boost the participating restaurant’s revenue without meddling too much in their operations. Mamas, don’t let your babies grow up to be cowboys, but maybe consider letting them grow up to be YouTubers.

Meanwhile, in chef’s business, we turn our attention to Grand Prarie.

What started as a “pandemic hobby” of sorts quickly became a real, deal storefront. Former Uchi Dallas chef Thi Tran has opened Omakase To Go at Asia Times Square after teaming up with Steve Frechette, the owner of Chihiro Sushi & Bar in Euless. The latest sushi attraction will also serve fish straight from Tokyo’s famous Tsukiji Fish Market. Exciting! Grand Prairie, you just keep getting better and better, don’t you?

If for some odd reason you’re into the idea of a “staycation” in the suburbs, stay the night in Grand Prarie then head on over to Irving for breakfast.

Jam + Toast, the popular family-owned breakfast spot in the neighborhood is opening a second location. The new spot in Las Colinas (which is just a fancy way of saying Irving), will offer the same menu as the original. You can expect Texas pecan Belgian waffles and banana Nutella french toast as well as lunch items like hamburgers and sandwiches.