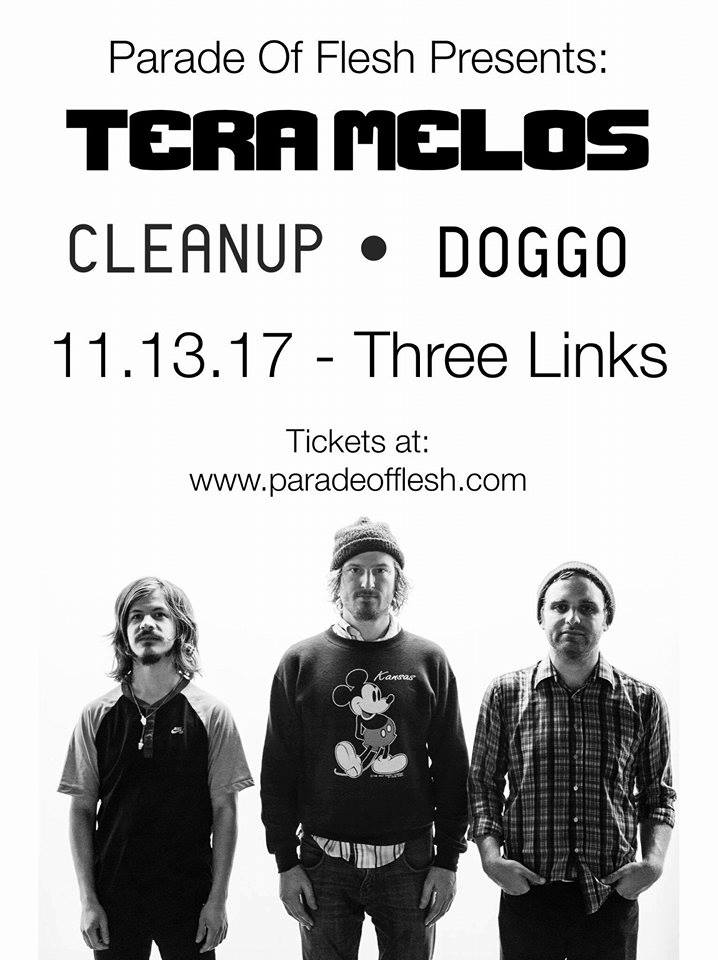 Tera Melos is a three – piece band from Northern California consisting of Nick Reinhart (guitars, programming, vocals), Nathan Latona (bass) and newest member John Clardy (drums) Incorporating experimental rock, ambient electronics and unconventional song structure all in one to create their original brand of music characterized by their quickly alternating time signatures, start-stop dynamics, two-handed tapping, extended open-ended bridges, and the use of effect pedals and samplers. Tera Melos has 4 releases to date, including their most recent EP called Idioms Vol I, a 5 song covers album clocking in at under 9 minutes that the band has made a free download. Complex Full of Phantoms a full length split with By the End of Tonight released in 2007, on Temporary Residence. Drugs to the Dear Youth, a 5 Song EP all instrumental album released in 2007 on Sargent House. Their debut LP which is untitled was also re-issued in 2008 by Sargent House. Recently, Nick Reinhart (guitar, vocals) is also in a band with Zach Hill called Bygones, together they will be releasing their debut full length called by- on June 23, 2009 also on Sargent House.