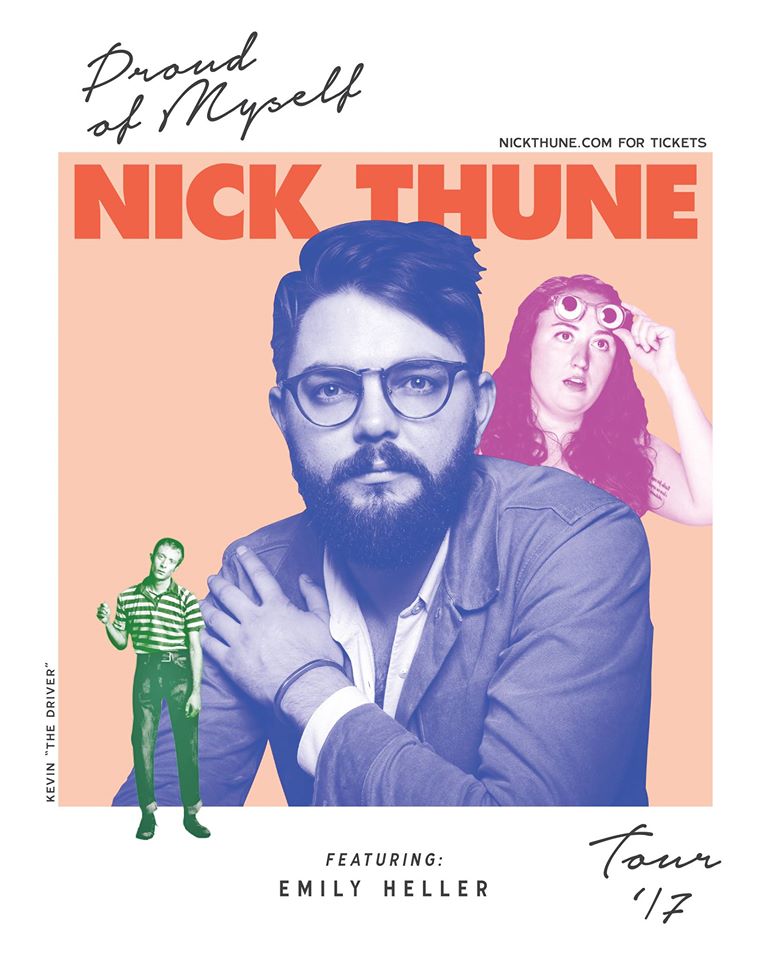 GET TICKETS AT TREESDALLAS.COM Nick Thune: Proud of Myself Tour plus Emily Heller & Chris Tellez Presented with

NICK THUNE, comedian / actor, hails from the Great Northwest (Seattle), where he spent his early years growing up. Nick’s absurdist view and deadpan wit have distinguished his unique style of storytelling mixed with one-liners.
Nick has appeared on The Tonight Show 10 times, Conan 2 times, and Late Night 1 time. On each occasion, he won. He performs comedy to sold out crowds across the country and around the world, and has been featured at the prestigious Montreal Comedy Festival, South By Southwest, Bonnaroo, The Moontower Comedy Festival, The Dublin Comedy Festival, The Melbourne International Comedy Festival, and many more.

EMILY HELLER is a comedian and writer who likes you very much. If you watch tv, you may have seen her tell jokes on her own half hour special for Comedy Central, Late Night with Seth Meyers, Conan, The Meltdown with Jonah and Kumail, John Oliver’s New York Stand Up Show, Maron, Inside Amy Schumer, @midnight, Chelsea Lately, or as a series regular on the TBS show Ground Floor. She has been named a “New Face” at the 2012 Montreal Just For Laughs Festival and a “Comic to Watch” by both Variety and Comedy Central. She has served as a writer on TV shows for Fox, NBC, HBO, and TBS. Along with Lisa Hanawalt, she is also the cohost of the long running podcast Baby Geniuses on the Maximum Fun network. Her debut album Good For Her is available now on Kill Rock Stars. As far as nicknames, she prefers “Hell Bone.“.

CHRIS TELLEZ is an Austin-based stand-up comedian who originally cut his teeth in Dallas, TX. Since moving to Austin, Chris has become a prominent feature of the Austin Comedy scene, regularly performing at all of the major comedy venues in town, including the renowned Cap City Comedy Club. He also recently performed at the wildly popular Fun Fun Fun Festival and will be on the upcoming Moontower Comedy Festival. Chris produces and hosts an original monthly stand-up show “Shit’s Golden” at The New Movement Theater featuring the best stand-up comics in town and surprise guests. Chris is well known for his storytelling style that has garnered the attention of comedy audiences and club owners alike. He’s opened for such acts as Kyle Kinane, Sean Patton, Steve Rannazzisi, Baron Vaughn, Vic Henley and more.