Hazel English at The Prophet Bar 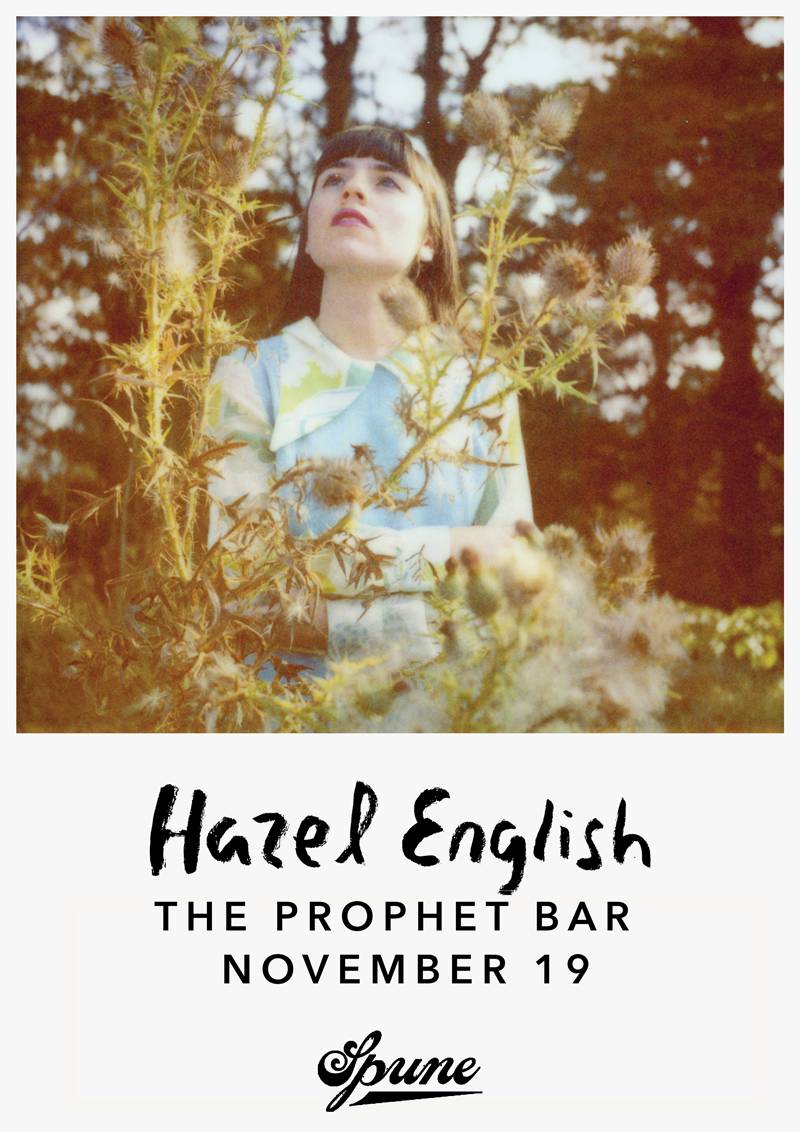 When Australian-born singer/songwriter Hazel English moved to San Francisco, then Oakland, in 2013, she was torn between writing fiction and playing music. As she spent more time playing her songs

When Australian-born singer/songwriter Hazel English moved to San Francisco, then Oakland, in 2013, she was torn between writing fiction and playing music. As she spent more time playing her songs at open mikes, meeting other local musicians, and feeling more comfortable, the choice became more clear. When she met up with Jackson Phillips of the band Day Wave at the book store where she was working, the two hit it off and began collaborating. Their first three songs were posted on SoundCloud and became something of a sensation. English formed a band and played her first show opening for Craft Spells at the Great American Music Hall in San Francisco in late 2015. The band played more shows throughout 2016, opening for acts like Ride and Field Music, along with headlining. Toward the end of the year, English released the Never Going Home EP, which featured two songs that had already surfaced on SoundCloud and music blogs, while adding three newly recorded tracks. It was issued by the Australian label Marathon as well as the U.K. label House Anxiety Records. More touring followed, including a European headlining jaunt in late 2016, a trip back home to Australia, and her first U.S. headlining tour in early 2017. Along the way she had been recording more songs and in early 2017, Polyvinyl released a double EP, Never Going Home/Just Give In, which included their EP and another one containing a five-song set titled Just Give In. ~ Tim Sendra