Hawthorne Heights at The Door 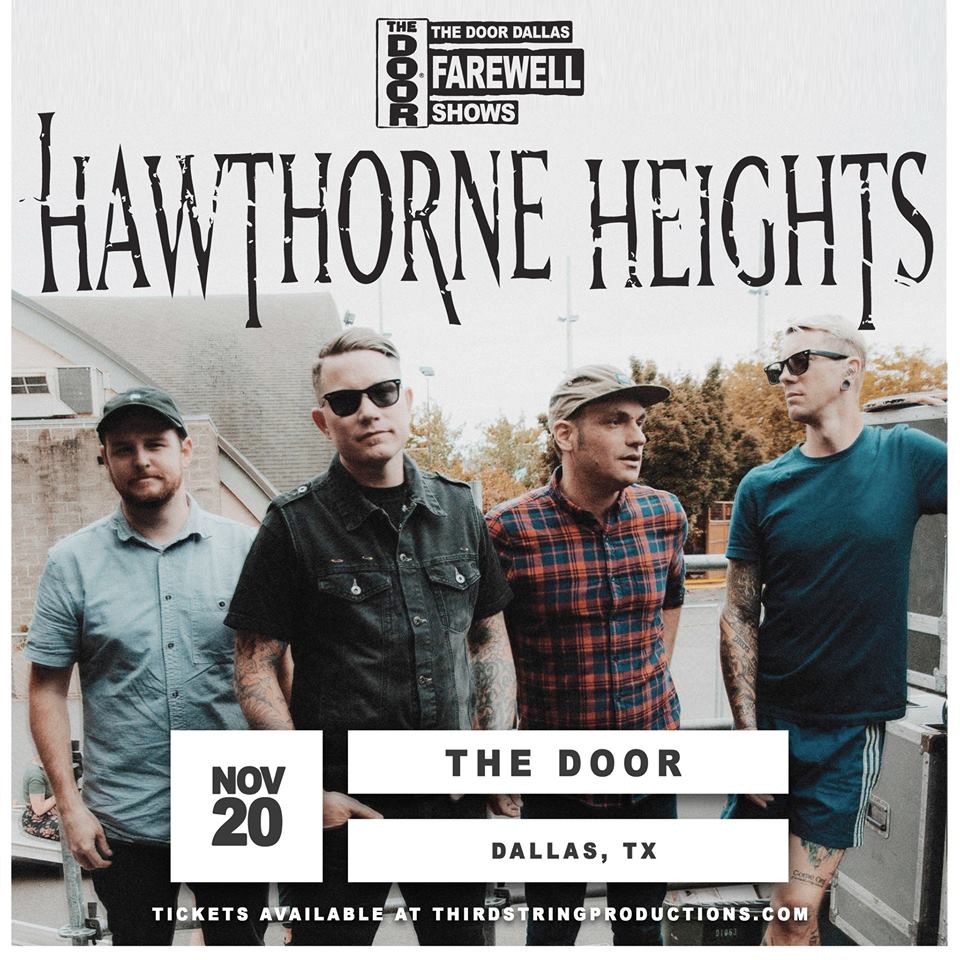 Hawthorne Heights return to form with Hurt, the long awaited third EP in their Hate/Hope/Hurt trilogy. Hurt not only shines with elements rooted in their classic sound, but also showcases a maturity and level of confidence that can only be honed after twelve years of being a band. After spending the better part of a year on the road celebrating the ten year anniversary of their debut album The Silence in Black and White, the band returned home to Ohio to begin writing for Hurt. Feeling newly inspired and clearly invigorated, what resulted was a collection of eight songs that celebrate looking back while boldly pushing forward. “Everything that ends will soon become new again.” Vocalist/Lyricist JT Woodruff says: “Sometimes the past haunts you like a ghost, but we weren’t afraid to become the ghosts of what we used to be. There is still some life and hope left in these bones, and we will continue to suck the marrow out of life.”